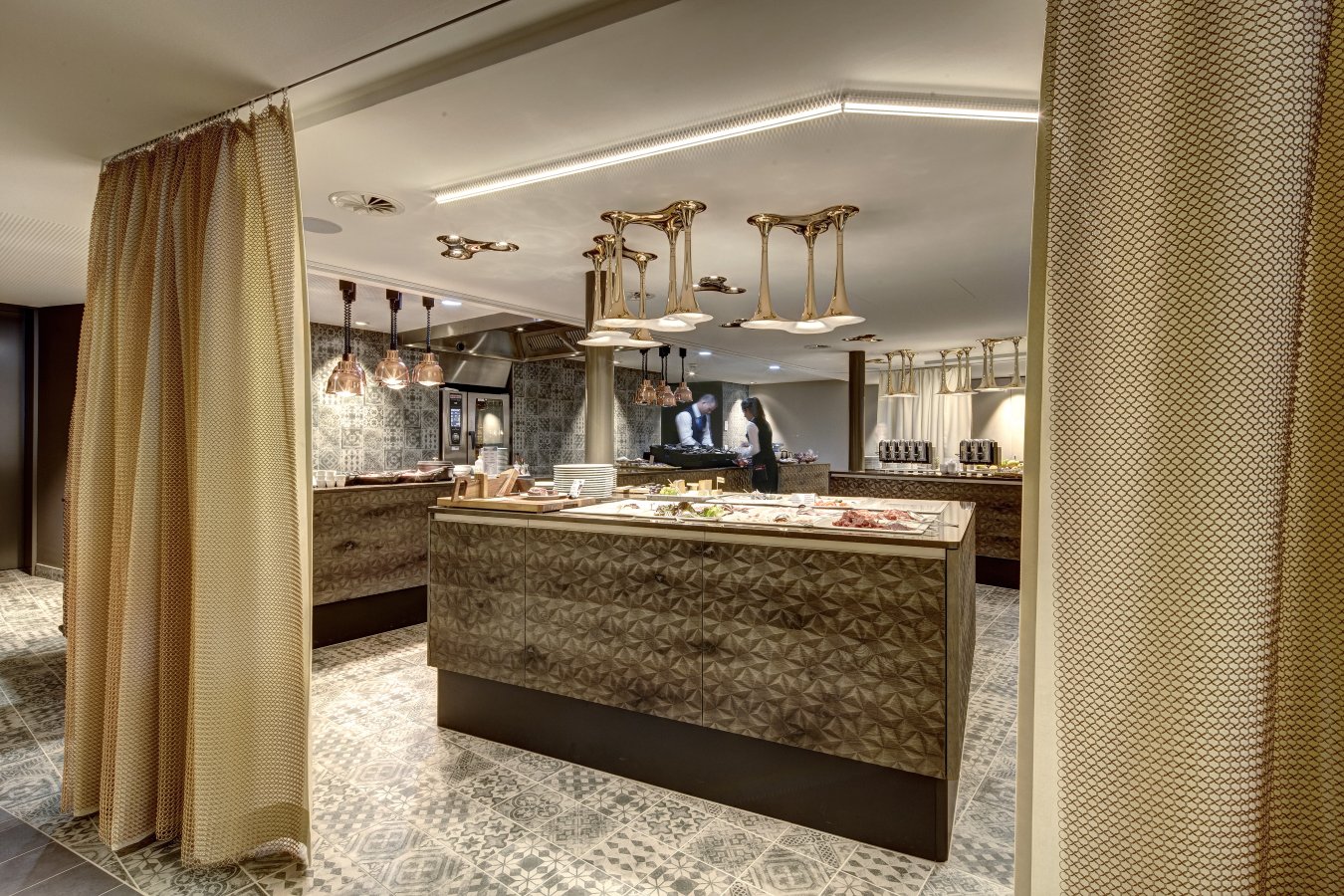 This Hotel, opened in 1870, was born thanks to the intuition of the owner’s wife: to open an hotel on the banks of Lake Lucerne. The hotel’s size is the same, there aren’t the smokers, wired wireless and the billiard tables: to recall the past splendour of the hotel there are the sophisticated rooms with precious finishing. This important structure hosted well-known people like: Winston Churchill, Herman Hesse, USA President George Bush just to quote someone.

LIGNO has developed a space and a concept of modern and contemporary design. A modern lighting system that offers different light forms, warm colours, different shades of copper, natural materials of the highest quality: everything is contained in our Nafir ceiling lamps. 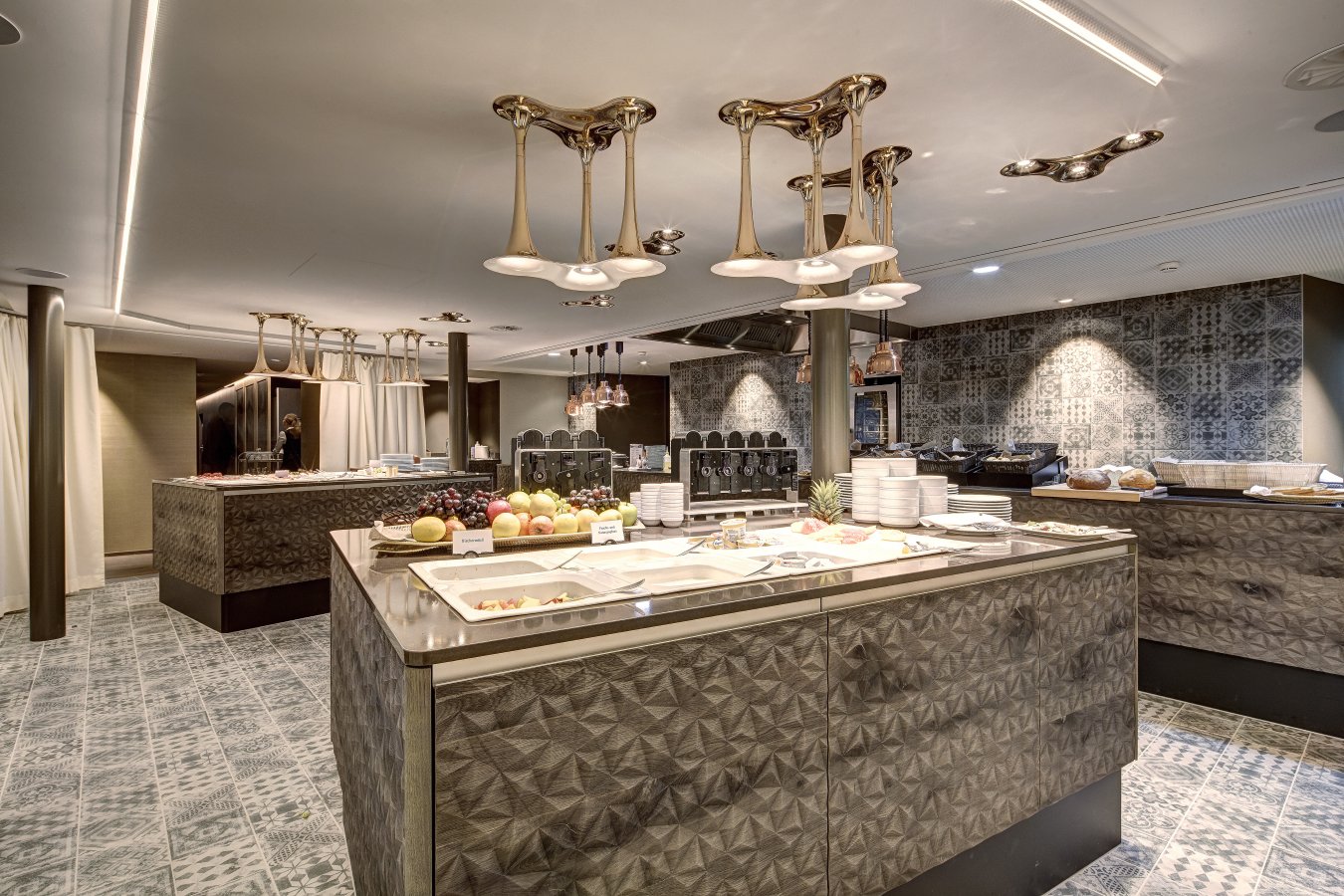 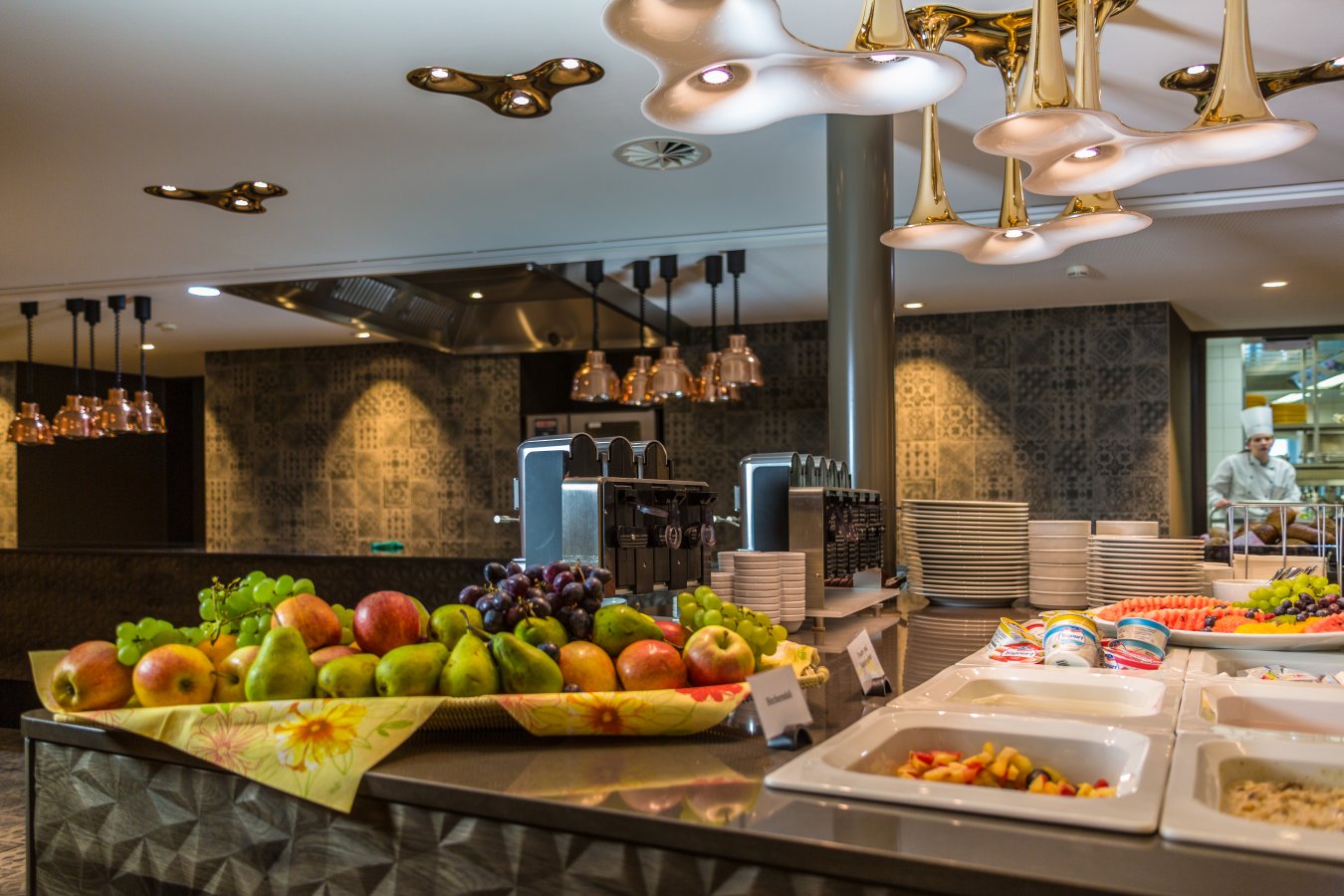 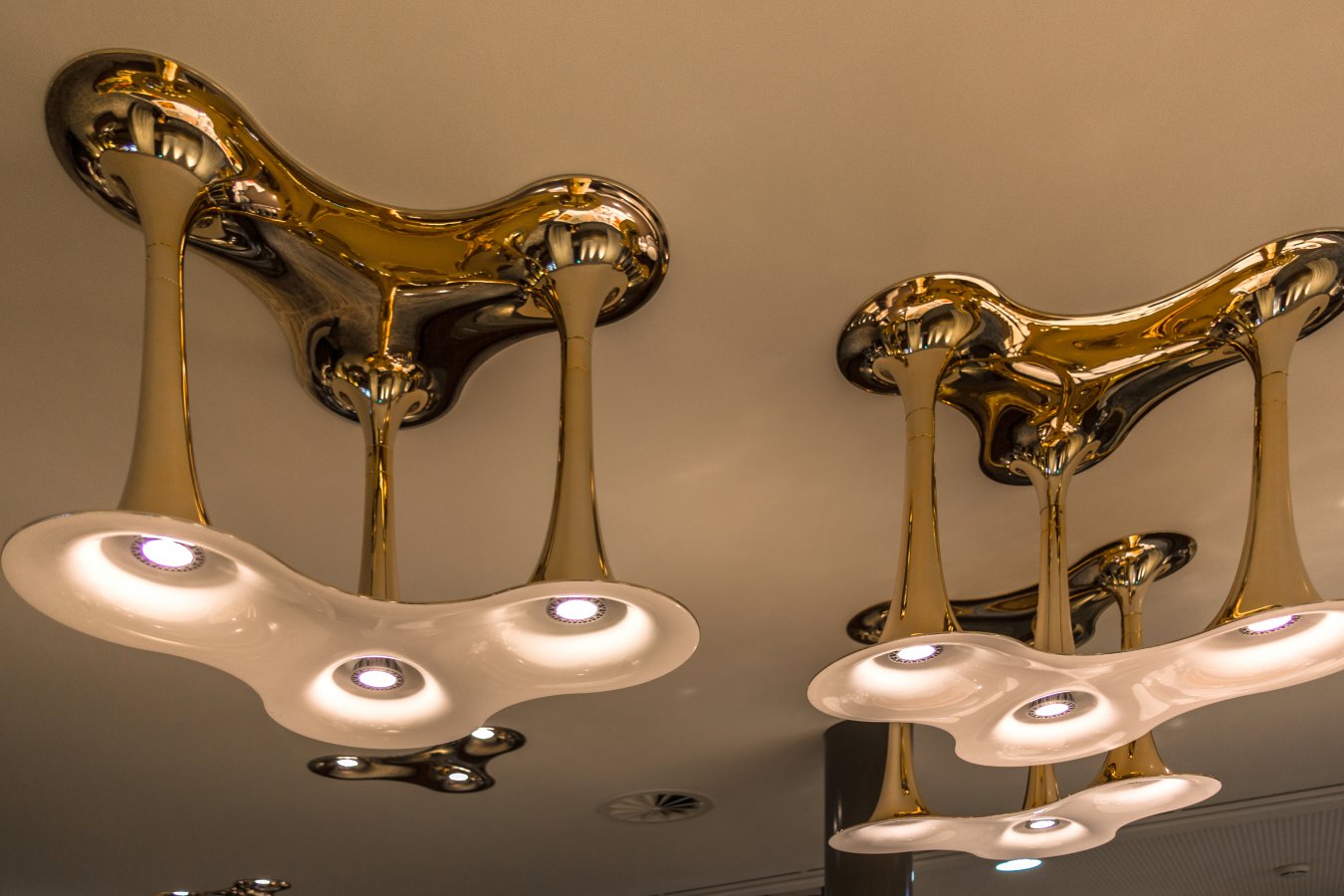 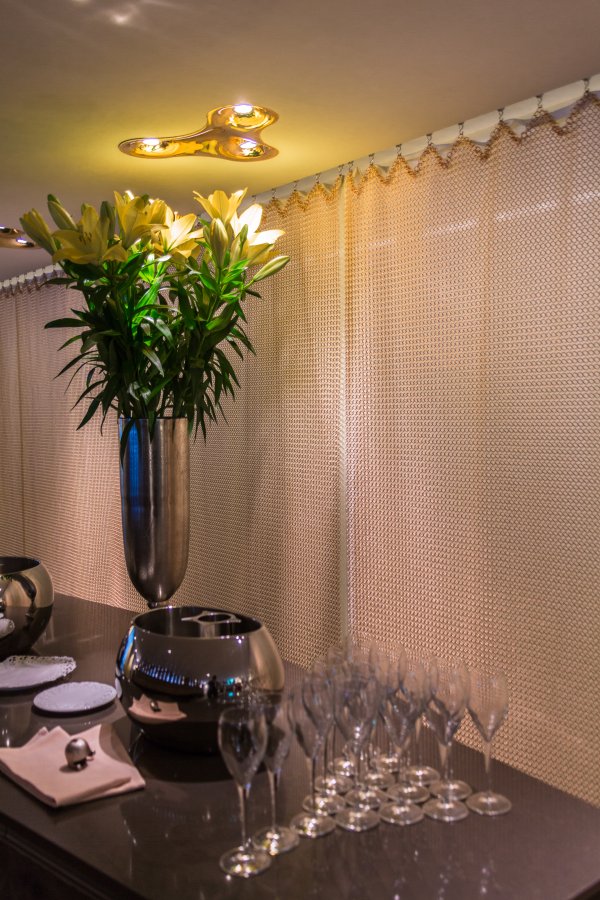 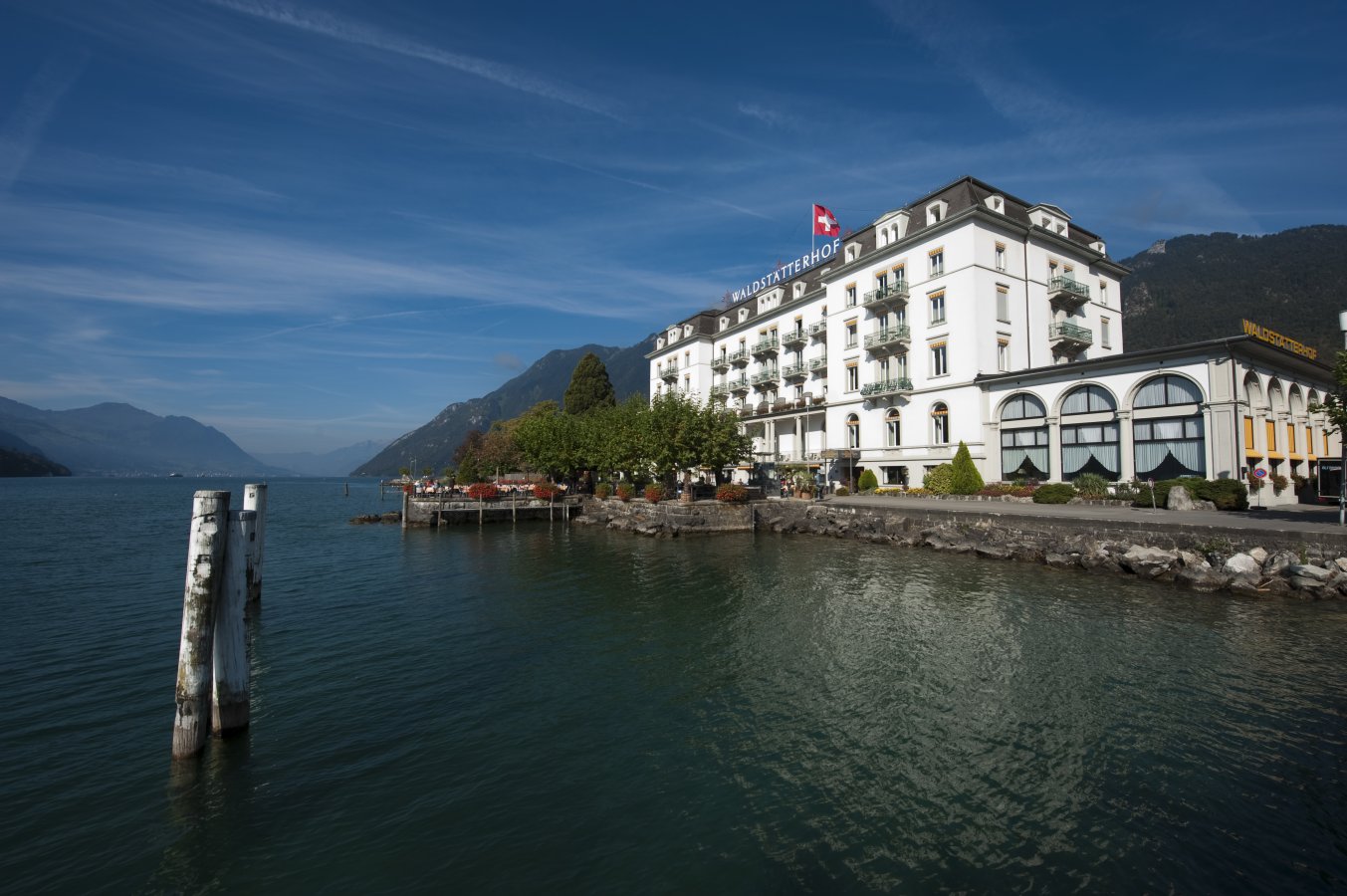