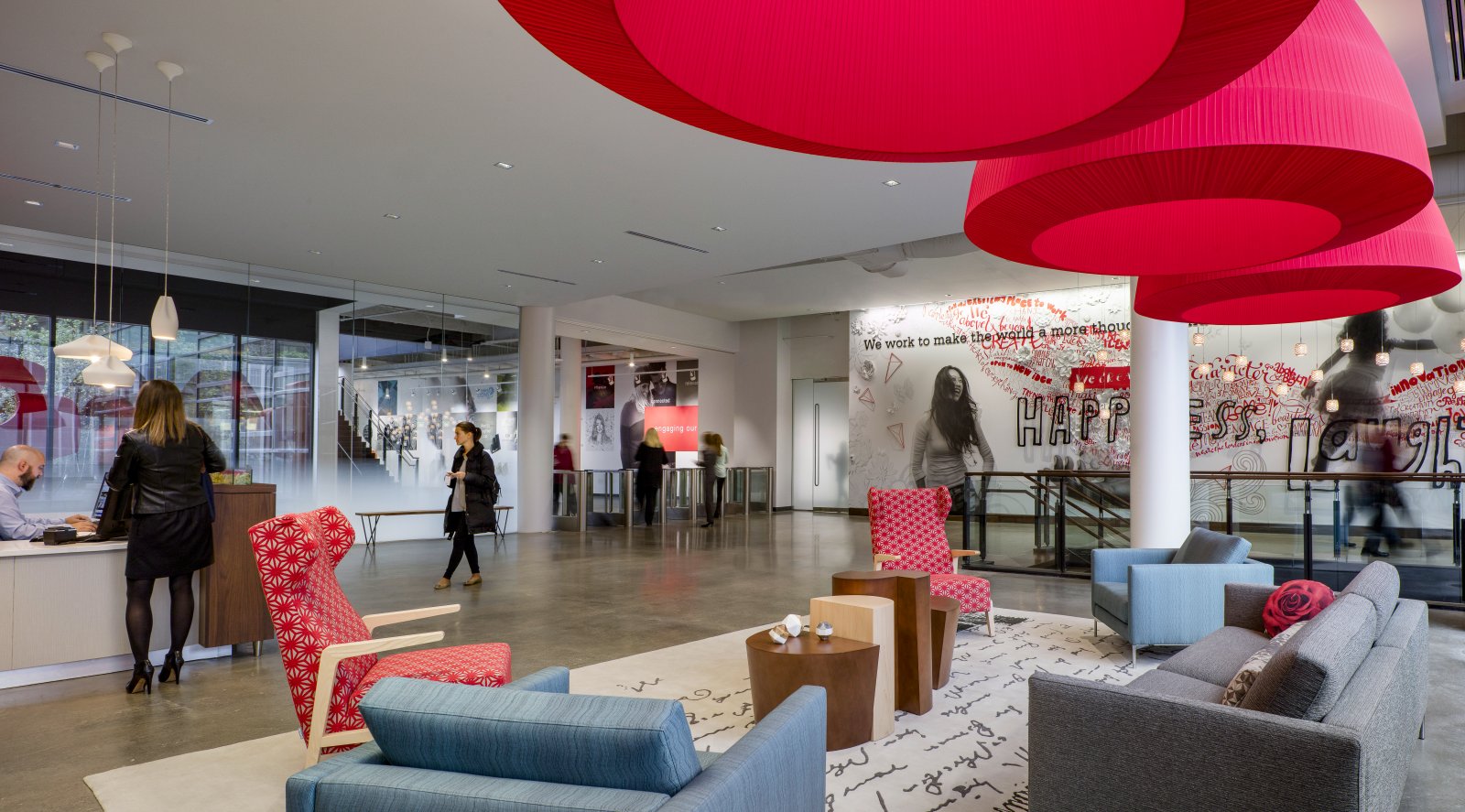 A new headquarters reinvigorates the business and attracts creative employees to this greeting card company. With a rich history dating back to 1905, American Greetings sought a new headquarters that would carry the business into the next century. After deciding to relocate its 1,600 employees from Brooklyn to Westlake, Ohio, the company looked to CallisonRTKL to design a facility that would be an expression of their corporate culture and character, with both a deep respect for the American Greetings history and a view to the future of the industry.

At over 60,000 sqm, the new headquarters is a truly modern workplace with space for offices, meeting rooms, photo studios, showrooms and a large courtyard. The location blends seamlessly with nearby shopping, dining and residential areas, making this fourth-generation, family-run corporation an integral part of the community.

Three Bell suspended lamps in the biggest size light up the main hall and have been chosen in red colour like the red rose in the company’s logo.

Project by: CallisonRTKL Inc.  and Bialosky 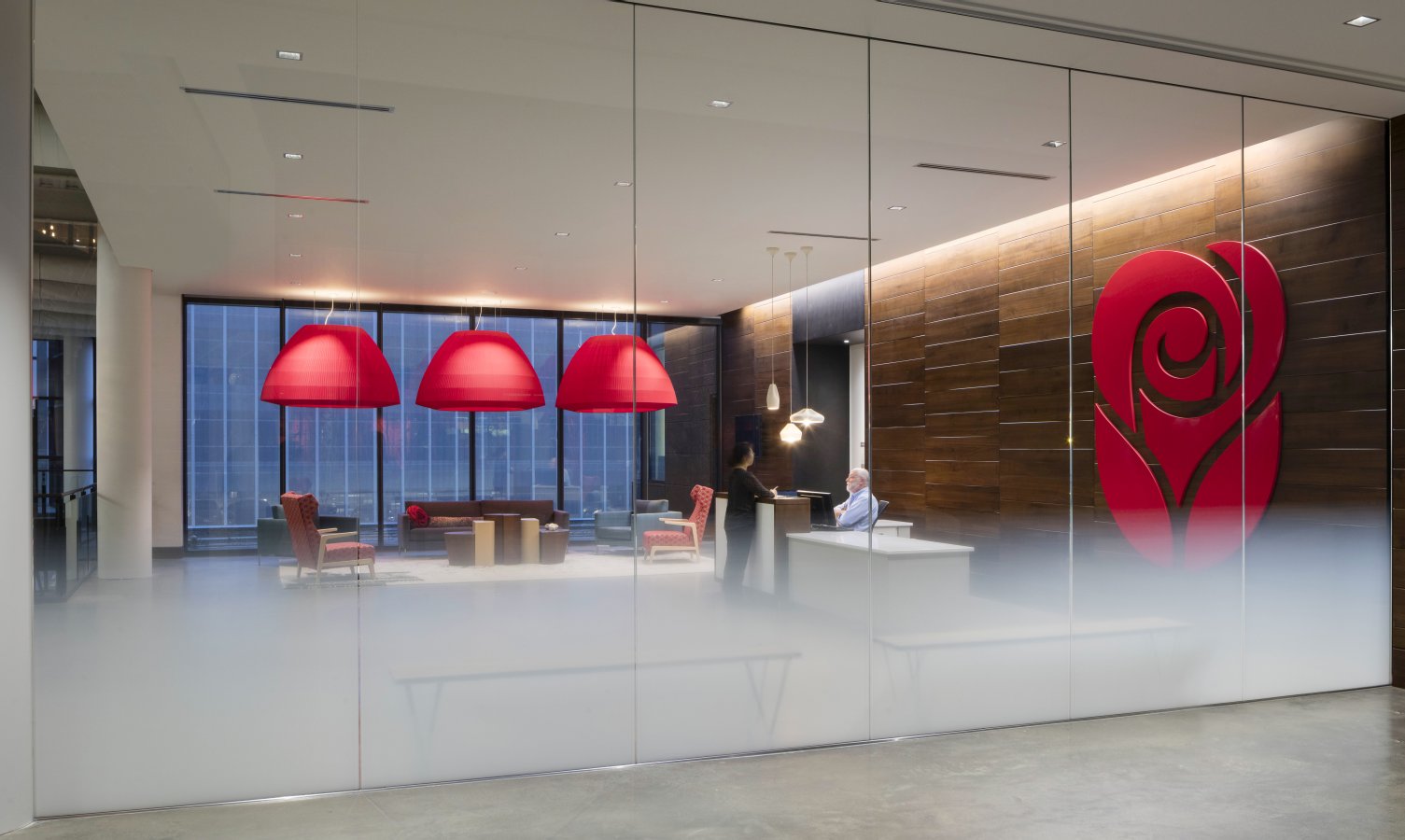