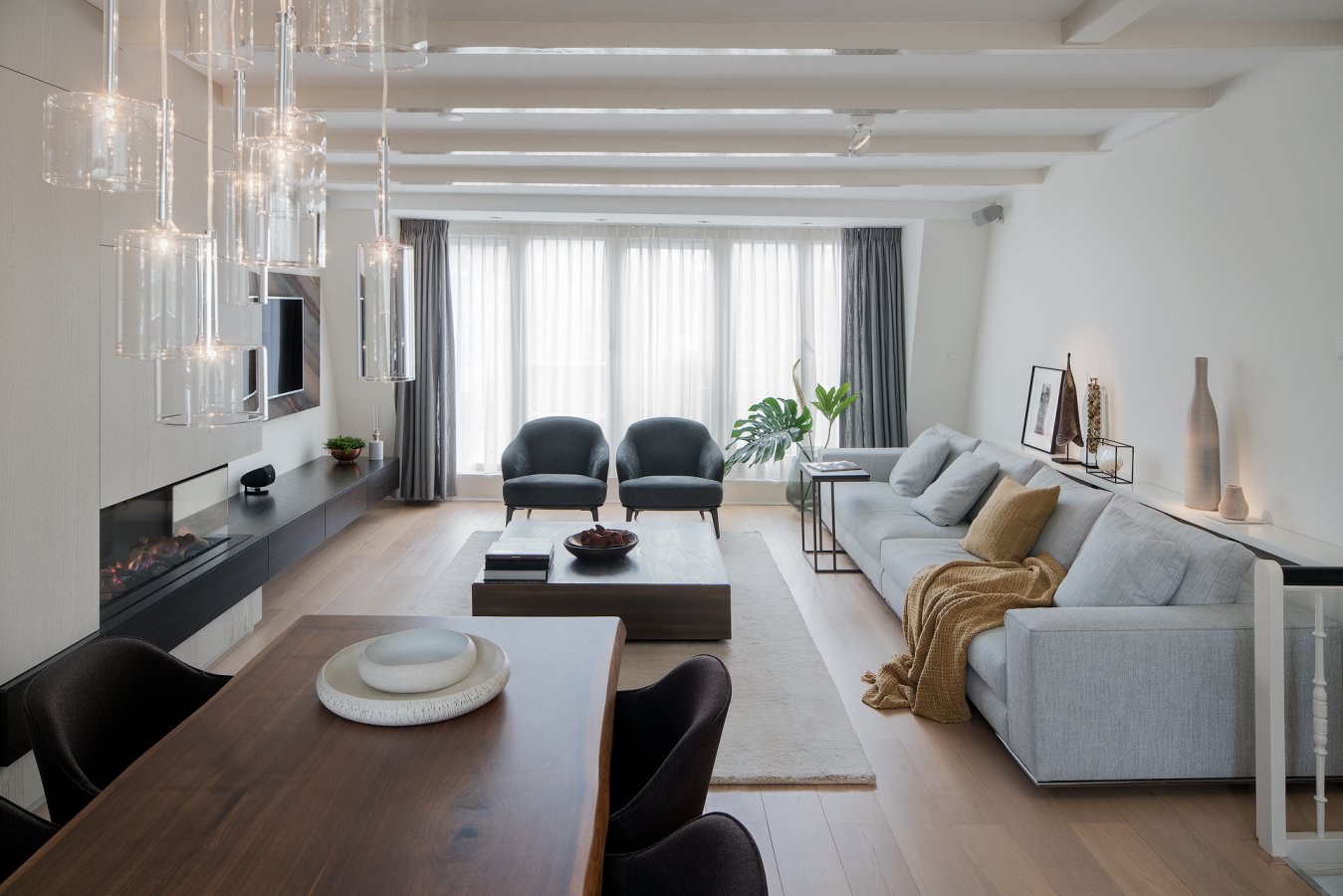 ‘A typical Amsterdam apartment’ is how the interior designer Robert Kolenik describes this apartment in Amsterdam city centre, which comprises the upper three floors of a building. Having lived and worked abroad for years, the owner asked Kolenik to come up with an interior design for his apartment. ‘Homes in the city centre are limited in terms of size’, the designer explains, ‘so the challenge is to create functional space that retains a luxurious, homely feel.’

As part of his concept, the first thing that interior designer Robert Kolenik did was to design a large wall unit to link together all the spaces in the apartment naturally.

In narrower or smaller spaces, most people tend to use smaller pieces of furniture. ‘I do the opposite’, Kolenik explains. ‘By putting in larger pieces, I emphasise a sense of spaciousness in the home. The floating block in dark oak creates a line in the apartment that visually enlarges the space.’

In his dining area concept, the interior designer has combined a solid walnut table with Vitra chairs upholstered in fine felt. A Spillray pendant lamp in crystal finish with 12 lights is installed over the table and the whole area is lit with warm LED lighting that is indirectly positioned behind the television cabinet. There is also an integrated 130 centimetre-wide gas fireplace by Boley in the centre of the space; a solid piece that adds both a touch of luxury and a great deal of warmth to this apartment in Amsterdam. 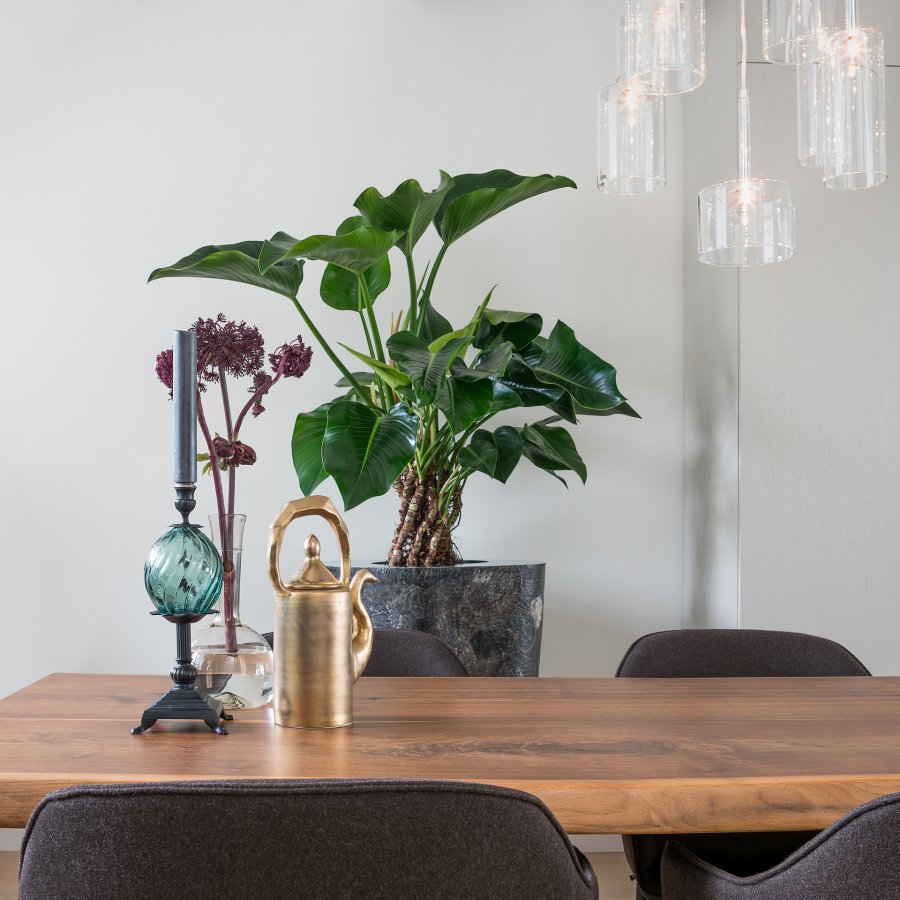 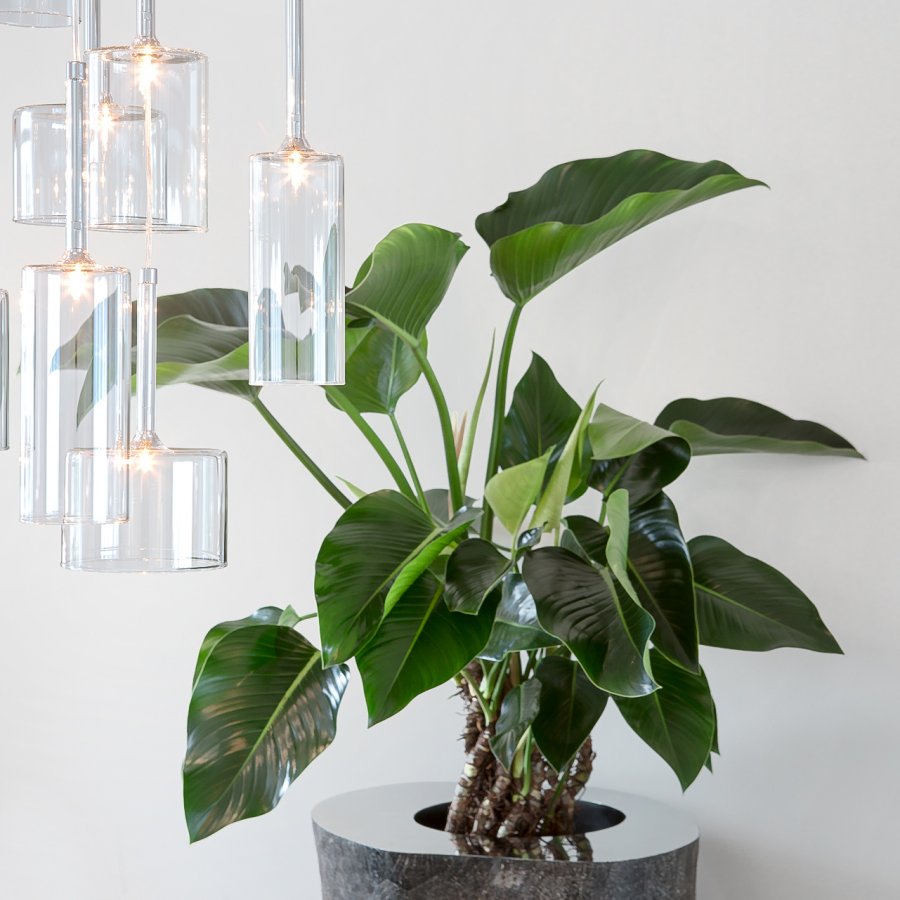