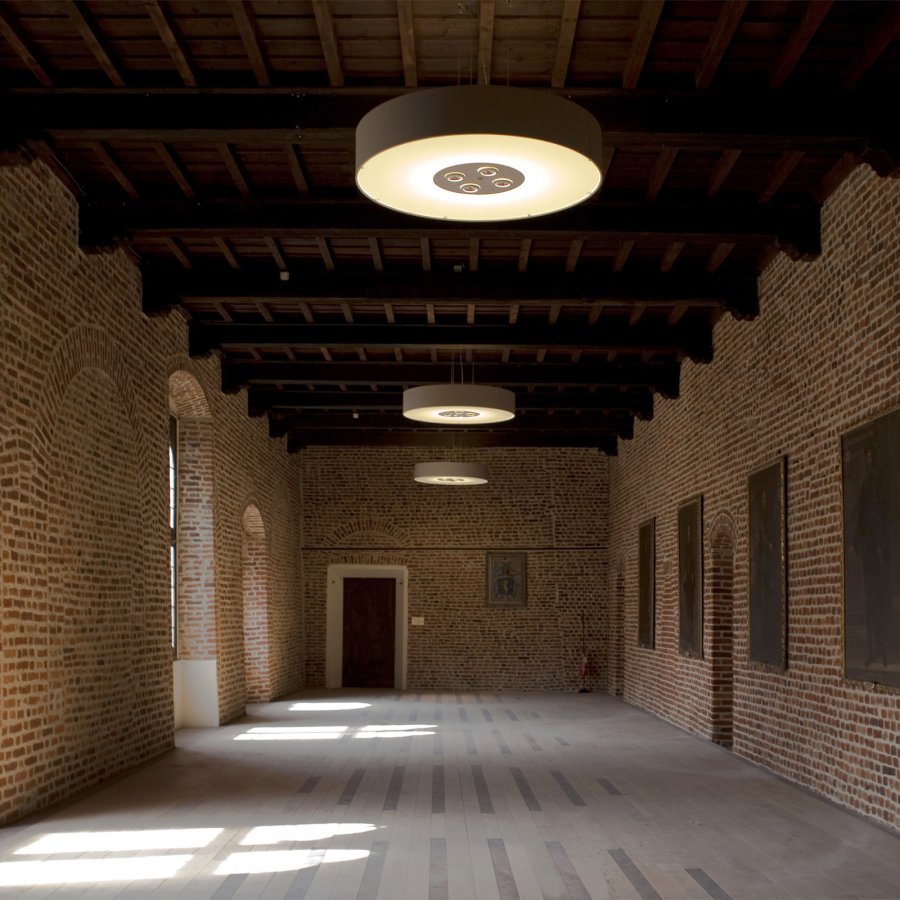 Castello Bolognini in Lodi (Italy), a castle dated back to the 13th century, was the dwelling house of important families: Visconti, Sforza and finally Bolognini dynasty that was the owner until the first half of 20th century. From 1933, thanks to Countess Lydia Caprara Morando Bolognini’s wishes, the manor has been divided in two areas: a museum area that houses the namesake museum, the Museum of Agricultural History, the Bread Museum and a part devoted to private events and conferences. This area offers many rooms, among which Salone dei Cavalieri, that with 210 sqm and the capacity to host 160 people, is one of the most suitable rooms for large events.

The hall is illuminated by three Skin pendant lamps that, thanks to the marriage between simple shape and the material’s quality – warm white eco-leather – gracefully accompany every reception’s outfitting. The lamps are a custom product, thought to respond to the needs of the location, characterized by high beamed ceiling and walls made of facing bricks.

The client required that the pendants emit a directional light, in addition to the diffused one, that could satisfy the hall’s lighting needs. Axolight intervened both on the diffuser and on the light source, creating a product that would embody the “bespoke design” concept.

The diffuser, typically in pongé fabric, is realized in PMMA (Poly Methyl Methacrylate), both in the upper and lower extremities, which allows the light to filter out downward and upward.

The light source that marks the collection is fluorescent and placed inside the diffuser. The personalization in this case is the addition of a further halogen and directional light source positioned outside, and of some emergency lights. 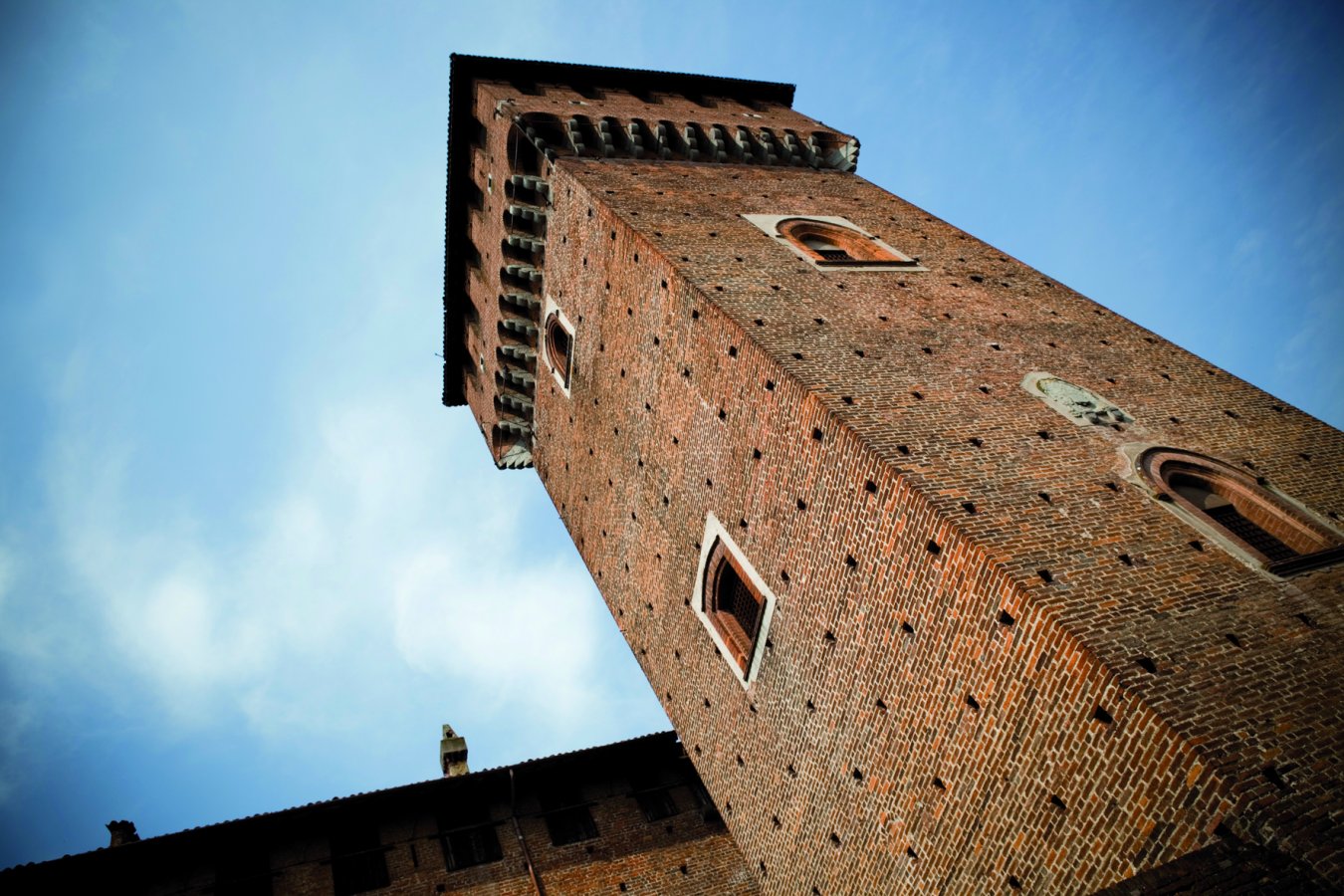 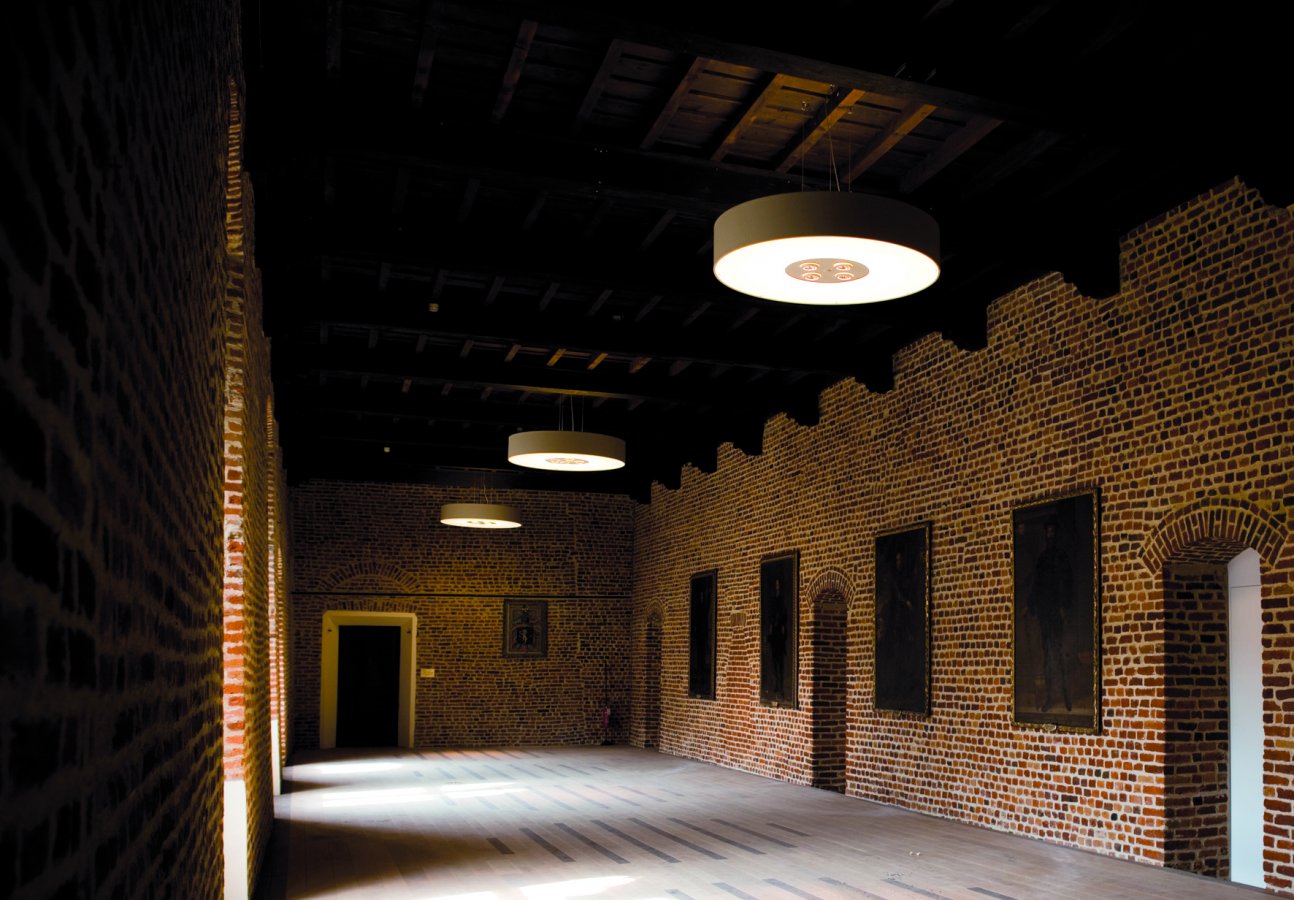 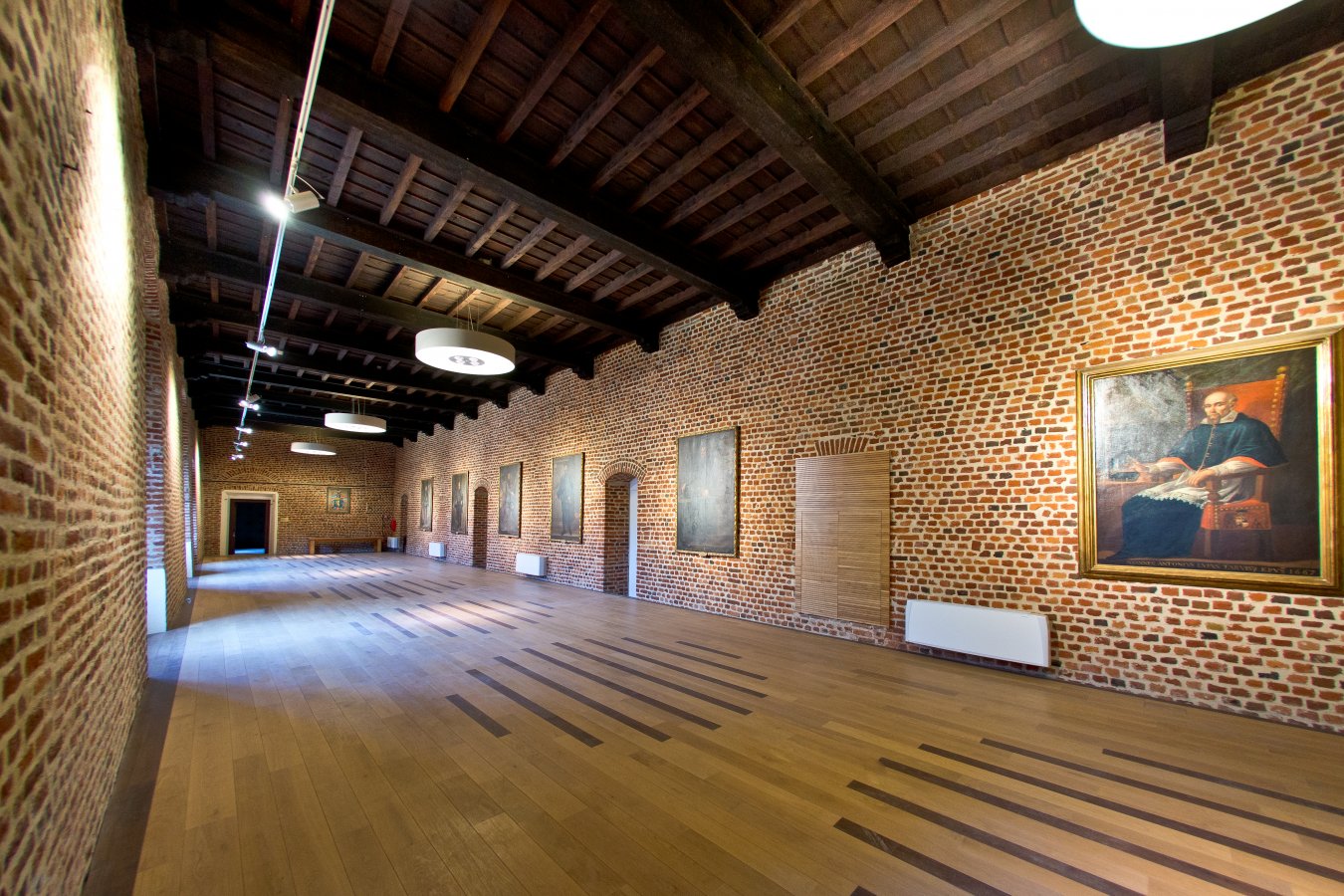 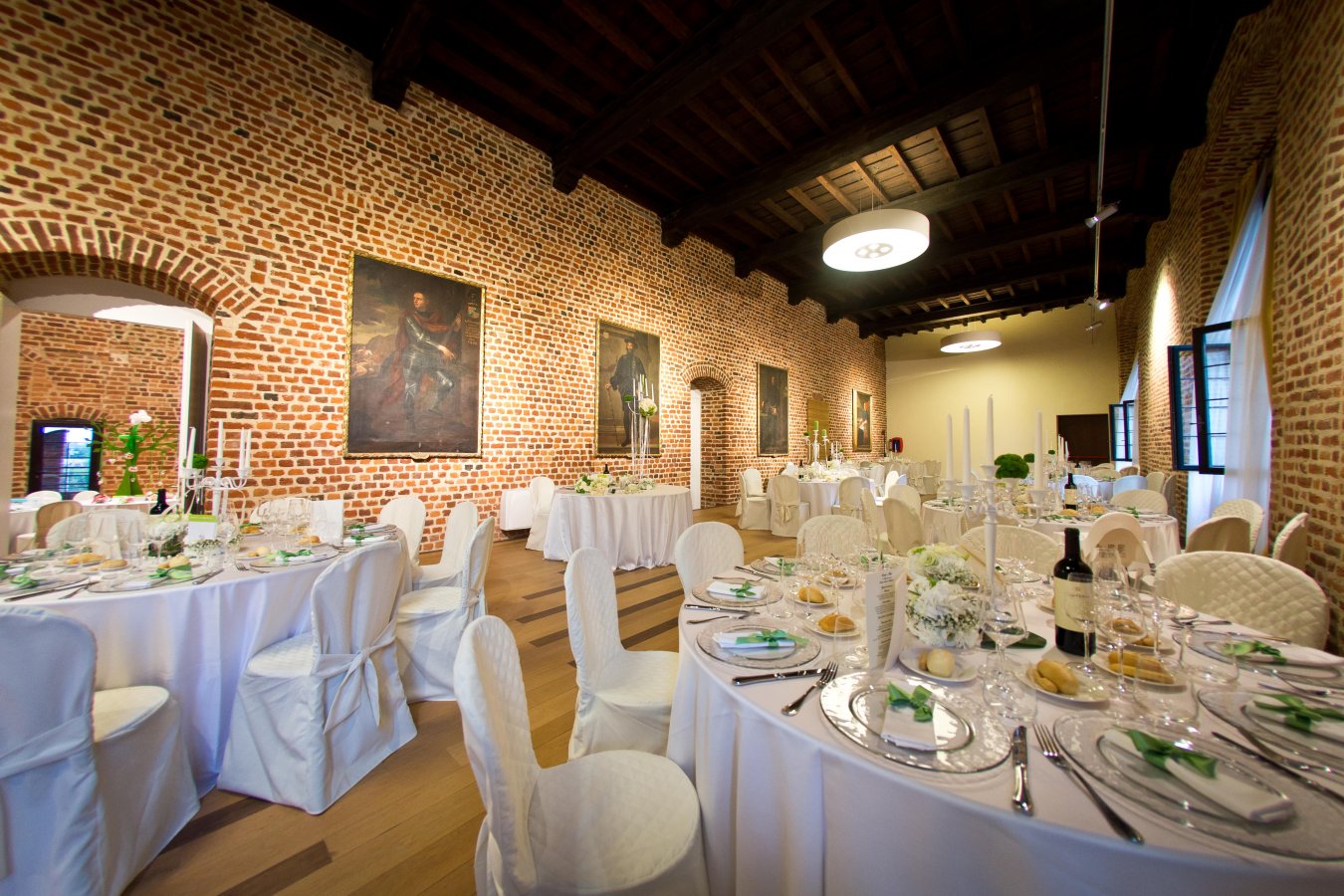